The 1611 King James Bible was writen more than four hundred years ago when the English language was different. The original 1611 A.D. text, written in Early Modern English, shows the language with its Latin influence. Spelling was in Jacobean style which was not entirely standardized, but could be read phonetically. The original typeface was in Gothic style. Although both the typestyle and the older language of the 1611 version may be considered difficult to read by some 21st Century English readers, the translators produced an accurate translation known for its beauty, cadence, and poetic feel.

"For God so loved the world, that he gave his only begotten Son, that whosoever believeth in him should not perish, but have everlasting life." 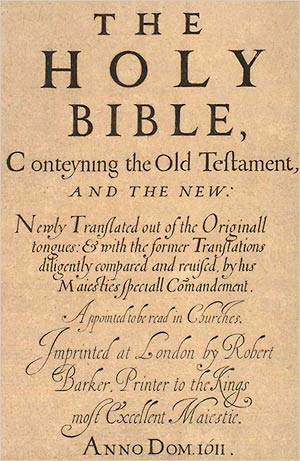